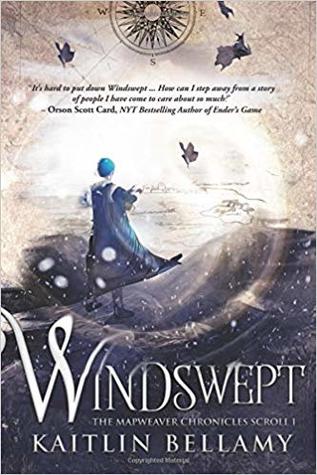 I don’t consider myself a fan of Young Adult stories. I don’t have anything against YA, but I often find I have a hard time relating to the kind of issues young people face simply by virtue of being young. On the flip-side, I remember the stories I read as young man with great fondness.

There was a joy and a simplicity to them that I don’t often find in the kind of books I read today. They were about adventure and excitement and magic. Cool shit happened, and it was awesome. 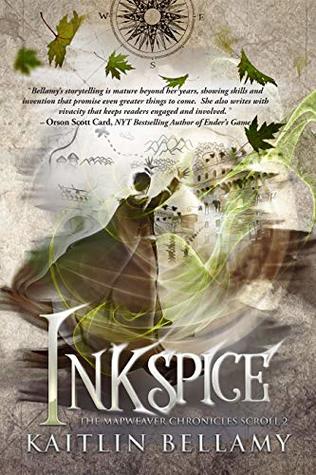 Enter the Mapweaver Chronicles. This series is all the things I missed from the stories I read back in the day, but without any of the awkward growing-up problems that I don’t miss.

There’s adventure and magic. Excitement, and a hint of romance. Gods, pirates, monsters, more magic, villainous villains, and dangerous treasure hunts. A pirate ship plucked from depths of the sea, patched up with magical ice, and crewed by the ghosts of the pirates who went down with it.

This is a story that doesn’t give a shit about paying bills or getting up early in order to get to the office in time. This is about the joy and excitement of getting lost in a good book and forgetting everything else for a while.

First: I read all four books in a row, over just a few weeks, and it got a bit much for me. I think that to a big degree it’s because I’m just not used to this kind of story, and in my eager to consume it all, it became a little too much of a good thing.

This in turn was enhanced by how the fourth book took a turn for the darker, and things became a little more serious than the earlier ones.

Second: The fifth book isn’t out yet! Despite what I just wrote, if I’d had the fifth book on hand, I’d have picked it up and started reading right away. From what I’ve heard, it’s in the works, though, and should be out later this year.

I mentioned this above, and I mentioned it in my review of the first book, but there’s a warmth and kindness in these stories that I rarely find in much of what I normally read. In Thicca Valley, where the story begins, life is harsh and cruel, but rather than turning the villagers into hard cruel people, it shapes them into a caring and supportive community. I kinda needed that.

The sense of adventure. Yes, I know I mentioned it already.

The main character has a complete pair of fully functioning, supportive, and living parents. You don’t see that everyday.

If the world brings you down, read this.