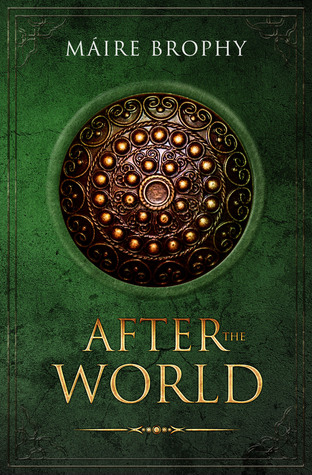 Most books written from the perspective of orcs are humorous – at least that’s my impression. Orcs are presented as big buffoons who use excessive force and insufficient reason, and it’s a good laugh. I’m sure there are books that don’t fit that description, but so far I haven’t read them.

Well, except for this one…

After The World follows an orc warlord after he led his race into ruin in the war against the daylight people. It’s a thoughtful and introspective story – more focused on getting to know and understand the main character than on fast paced action.

In that way, it’s very different to pretty much everything else I’ve read lately.

The story does occasionally feel a little bit slow.

The unique perspective. It’s not just that the main character is a fully realized orc; he’s also responsible for driving his entire race to the brink of extinction. This isn’t something I’ve come across before, and it’s interesting to ride along with his thoughts and emotions as he makes his way through the world.

The pace. It’s not a fast story. It doesn’t just jump from action scene to action scene, and I quite enjoyed that. It’s refreshing. For the most part the story still doesn’t feel slow (but it does happen), but rather like it’s setting a leisurely pace without the need to rush.

If you want something that’s a little bit off the beaten path, and don’t mind a more relaxed pace, this is for you.

Find After the World on Goodreads.